I started practicing Yoga over 18 years ago when I was pregnant with my son, but my practice was inconsistent. I would binge on 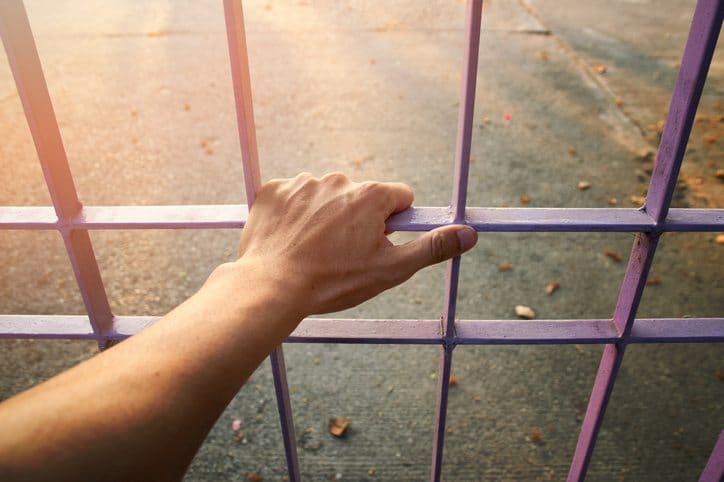 I started practicing Yoga over 18 years ago when I was pregnant with my son, but my practice was inconsistent. I would binge on loads of classes, then branch off and do other fitness activities, steering clear of yoga for months at a time. But the feeling I had when I left a yoga class always stayed with me. The sense of openness, connection and ultimately peace – it was there long after I walked out of the studio.

My personal journey with yoga led me to completing a yoga teacher training, which was one of the most challenging experiences of my life. It tested me mentally and physically, and I went very deep into my emotionally wellbeing. That was the biggest test. I was in an unhappy relationship at the time, searching for strength and answers as to why I was in this place. I questioned why the universe was giving me these challenges that I felt I couldn’t overcome. It was never my intention to become a teacher, but the training gave me the tools and the strength to gain back my power and remove myself from the unhappy situation I had found myself in. They say that you don’t find Yoga – Yoga finds you.

I was working at a gym in reception when the fitness coordinator came to me and asked me if I could teach a yoga class, as the teacher had become ill. My first reaction was, “no way, I’m not a teacher, and I don’t want to be.” The coordinator asked again with a pleading look. After a few deep breaths, I looked at him and hesitantly agreed. That class changed my life.

Despite the nerves, I decided to surrender on my mat for a few moments before anyone arrived so that I could be still, present and remind myself that this is exactly where I am supposed to be, the universe has its plan and now I’m here to help others. I remember my facilitator saying during my teacher training that as teachers, we all bring something different to the table and what will resonate with some people may not with others. People take what they need from your guidance and it’s important to teach from an authentic, genuine place.

I fumbled over my words for the first few minutes and I’m sure my voice was very shaky, but I started to feel an over whelming feeling of support and love from every person who was in that room. I adjusted and put my hands on people, feeling them melt into the words I was speaking. It’s like someone came into my body and took over – I was an observer of myself. I realised in that moment that I’m here to help others through teaching yoga. The class felt like it went for 10 minutes and at the end of the practice when I sealed the energy with words of love and encouragement, I told the class that this was the first yoga class I had ever taught and how grateful I was for their love and support. I felt my eyes filling with water as I bowed my head to the universe and thanked her also.

I have since gained valuable experience facilitating yoga classes for the elderly, for children of all abilities, and in various studios. After a brief visit to the USA, I became inspired after stumbling upon a prison program founded by James Fox at San Quentin State prison, where he has been teaching mindfulness and practice to prisoners since 2002. James’ ground breaking work with the prisoners has gained international acclaim in the yoga world as well as the US prison community.

On my return to Australia I decided to call some of the prisons and ask if they wanted me to facilitate a similar program. I knew it was a long shot but after being in the US I knew I just wanted to somehow be involved in something like this. Four days later I received a call from the Women’s Correctional Centre in Brisbane, a maximum security prison that houses 360 women. After going through a gruelling security check I was invited into the centre to meet with the Activities Manager to discuss facilitating their Bend and Stretch program.

To say I was nervous is an understatement – the energy in a place like that is very different from what most of us have ever experienced. I was given a tour of the jail and asked questions about my program and how it could help these women. Walking around the centre was very eye opening. There were women in the yard on ride on mowers and watering veggie gardens, in the sewing rooms making their uniforms, and in the kitchens preparing meals. The energy that first day was something I will never forget. All my senses were heightened, but even through my nerves, I was hopeful that I could make a difference in these womens’ lives.

I started the next week, spending one day a week facilitating four classes to the women of Wacol. My first day involved introducing myself and letting them know a little about me and the yoga program. Most of the women had never practiced yoga and a lot of them were very hesitant. I guided them through their practice with a little guided meditation at the end. During the meditation as I sat on my mat in Sukasana looking at 20 women laying still on their yoga mats with their eyes closed, I couldn’t believe I was there.

When the class was finished, the women sat up sleepily, a palpable sense of peace within them. Some of the women had tears in their eyes and one lady looked at me and said with a smile, “thanks Karen. That’s the first time I’ve felt like I’m not in jail.” They all seemed overwhelmed with emotions and were asking me why and how can they be feeling like this. After answering their questions as best I could, I left the centre exhausted – crying tears of joy and overwhelm the whole way home. Yes these women have made some bad choices, and yes they have to be accountable, but I felt their pain, their suffering, and I was so grateful to have been given the opportunity to make a difference.

My experience with the women in Wacol has given me a true understanding of the benefits that a yoga practice brings to people who have found themselves in unfortunate circumstances. I love sharing my knowledge of yoga with these women and I seeing the difference that it makes to not just their week- but to their lives.

Karen Rudd has been teaching yoga for three years. She trained at My Health Yoga in Broadbeach and has completed Intensive Yin and several courses in health, harmony and self-esteem. Karen is passionate about making a difference in young Iives; instilling self-belief and self-confidence at a young age. Karen is currently teaching in the corporate sector and in Juvenile justice, as well as in childcare centres. She has recently launched Bend & Stretch Kids, with a strong belief of making a difference to young people and attempting to break the cycle. For more information, see www.bendandstretchyoga.com.au